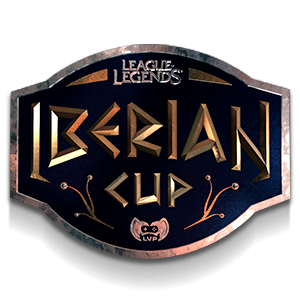 You have 15 minutes to join and post in the match sheet chat from the time indicated as "Game Date".  Once this time is over, if you are not present, the opponent may report as “Rival not presented”. The team that does not have all its members present will lose the match automatically. If you begin playing the game all conditions are accepted.

There can be spectators in the lobby only if both teams agree. Otherwise, the viewers will have to leave the lobby. In game that there's an official broadcast, there cant be spectators.

The username of the players has to be exactly the same in ArenaGG as in the game client. In the case that does not match in its entirety, it will be the administrator's decision whether or not that player can play the matches.

Players must have at least 16 champions in aim to play games in Tournament draft mode.

Match creation and disconnections 5vs5

For tournaments, you have to go to Play, click on the trophy icon (to the right of Join Custom Match) and enter the tournament code. Remember that it is not possible to play with less than 5 players per team, and the summoner's names must be the sameto those indicated in ArenaGG.

In case there is any problem with the tournament code, you have to add the captain of the rival team to the game or create a closed room with a password and send the name of the room and the password to your opponent. This room will be configured like this:

If the code system isnt working, the tournament will be played in the “Tournament Draft” mode.

In case any player finds an error or "bug" during the champion select, it must be told to the rival team through the game client or at the chat of the match window at ArenaGG before locking the champion. In case it hasn't been told, or if it's been told after the champion has been locked, the player will have to play with the selected champion.

Each team will have a pause of 10 minutes for justified causes (disconnections, internet issues). A team can give part of their time to the other team if they want to. The match can be unpaused only when both teams confirm they are ready.

Runes, masteries, bugs, pre-game disconnections.
If there is any of these problems before the match begins, you must pause the game and inform the rival team before minute 2.00, only if there hasn't been a First blood or an important position (Blue or Red buff) has been stolen. If nothing of this has happened the match will be restarted, otherwise the game will have to go on.

Being an automated game, the platform will decide the winning team and the loser automatically.

In case there is an error, the winner of the match must upload a screenshot to ArenaGG in which the name of all the players can be seen. This image can be done at the end of the game. The loser must indicate defeat on Arenagg. If the time to submit the result is exceeded, the administration must be notified through a support ticket.

If after indicating Victory or Defeat there is no result or a Conflict has been indicated by at least one of the two teams, the match will be marked as “In Conflict”. In that case, you will simply have to wait for an arbitrator to solve it. This may take a maximum of 12 hours.

It is mandatory to save your victory screenshots. If an administrator requests them, you must send them to support. Not sending them will imply an automatic defeat. You should never agree to play a match if you believe that the rules have been broken. If you play a match, you assume the final result.

Q: The other team hasn't shown up after 15 minutes. What do I do?

A: Take a screen capture, upload it on the match as a Conflict evidence and send a ticket to the web's support. A referee will check it and put the result.

Q: Is there any champion banned?

A: All champions can be used.

Q: A problem has occurred and you think your opponent is cheating. What can you do?

A: First, check the rules to see if that problem is contained within them. If it is not, you should open an incident at https://www.arenagg.com/support explaining the problem and providing as much evidence as possible. Remember that false evidence will result in a penalty and that if you accept or continue a match despite an error / cheating by the opponent, you are accepting the result of this and you will not be able to contest.

Q: The game account you want to play with does not match the one you have on the page. Can I raise a ticket?

A: Send a ticket to support with images that show that your opponent is trying to play with another game account.

Q: You cannot enter the result. What should you do?

A: Send a ticket to support with the screenshot that shows the victory and have it as evidence in case of conflict.